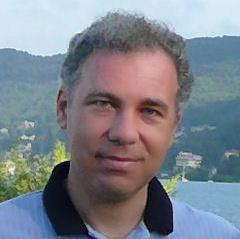 Although predominantly a Tandy/Radio Shack computer enthusiast, I also followed many of the systems available at the time. Growing up in the 80’s, I gained an appreciation for the evolution of the personal computer and today have a personal collection of many of the iconic systems I grew up with.

Click on the web page links below to see more of my projects spanning over 30 years.

A little bit of history

My name is Nickolas Marentes and I live in Brisbane, Australia.

I started with computers back in 1979 when I would drop in to the local Radio Shack/Tandy store after school to play with the TRS-80 Model 1 that was on display.

After getting my own TRS-80 in 1980, I had a desire to start a software company and create commercial grade games. I started under the name “Supersoft Software” which was later changed and officially registered as “Fun Division”. It was a small “cottage company” and sales were only small but I was a high school kid at the time and anything I earned was good money.

My TRS-80 Model 1 had 16K of RAM (upgraded later internally to 32K), low resolution 128 x 48 monochrome graphics and no disk drive. I learned how to program it’s Z-80 8-bit microprocessor and developed all my TRS-80 Model 1 games on this setup using a cassette player for data storage.

By 1984, the TRS-80 was showing it’s age so I decided to move up to something newer with high resolution and color graphics. Being familiar with the Radio Shack/Tandy line, I chose the Tandy Color Computer complete with 64K RAM and dual floppy disk drives.

Although it wasn’t as graphically impressive as many of the other competing systems on the market at the time, it had two important attributes. Firstly, it had a great CPU, the Motorola 6809. Secondly, it had a large distribution channel via the many Radio Shack/Tandy stores which I had hoped to exploit for my planned future rise to stardom and obscene riches. In 1986, Tandy released the Color Computer 3 with improved graphics, more memory and faster speed. The future was looking bright till…

In 1992, Tandy decided to discontinue the Color Computer and so I decided to move on to the Commodore Amiga. Due to lifestyle changes, I never did create any software for the Amiga but in 1997, the bug caught me again and I returned to the Tandy Color Computer. I found that a dedicated group of faithful users still existed so I re-entered the CoCo community.

To this day, I continue to create games for this computer, nowadays just as a hobby.

What’s this site about?

I have designed this site to be read sequentially from the first project to the last so that you can see the progression of events, ideas and decisions that were made as time went on.

As I detail each project on this site, you will read about my dreams and desires for each project, the challenges I experienced during their development and the inspiration and motivation behind them. I will show you how I achieved everything on a shoe string budget using very limited development tools and cover the post product development stage which involved documentation, packaging and marketing, all of which I had to do myself.

Those were days in which it was easier for one person to create a small software company operated from a bedroom office to create and market a few video game programs. Today, the games are far more complex and software houses employ many people and cost thousands, even millions of dollars to produce.

I enjoyed doing each of these projects and I am grateful to those who supported my efforts by purchasing my products over the years. 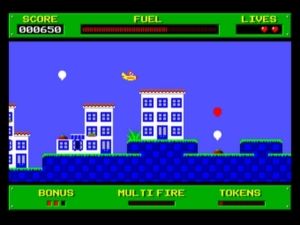